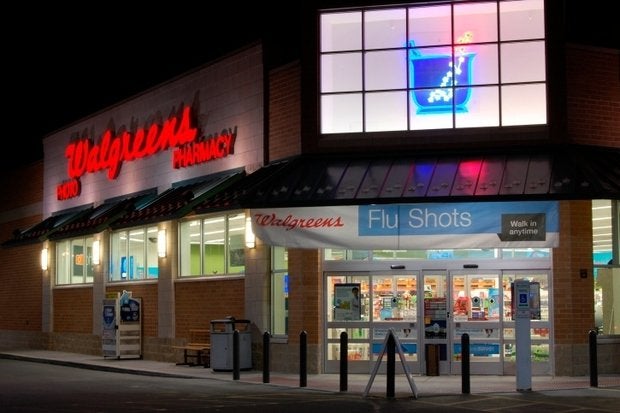 The Internet of Things (IoT) is everywhere these days, from smart houses to smart cities to industrial applications. And now it’s coming to the coolers in a drugstore near you.

Walgreens is testing innovative, IoT-powered "smart coolers" that combine cameras, facial recognition software, and display screens in the cooler doors to serve targeted ads depending on what it can tell about shoppers rooting around for cold drinks and frozen treats.

According to the Wall Street Journal, the system attempts to recreate the online advertising experience in brick and mortar stores, using facial recognition software to determine the age of the shopper and what products they’ve already selected — as well as environmental factors — to determine what ads to show. Supplied by Chicago-based Cooler Screens, the technology is designed to transform “retail cooler surfaces into IoT-enabled screens and [create] the largest retail point-of-sale merchandising platform in the world.”

“This new technology could provide brick-and-mortar stores with a marketplace similar to online advertising,” the Journal said. “Ice cream brands could duke it out to get the most prominent placement when it is 97 degrees outside; an older man could see ads for different products than a younger woman.”

Even better, perhaps, the cameras can tell whether shoppers pick up items highlighted in the ad, giving advertisers instant feedback on the effectiveness of their smart cooler ads.

Some 15 large advertisers have reportedly signed up for the Chicago test, which began in November, the Journal reports, and the drugstore chain plans to roll it out to stores in San Francisco, New York, and Seattle this month.

Where do smart coolers fall on the creepy meter?

The pilot program doesn’t rely on selling user data and claims it captures and stores only anonymous metadata. The Journal quotes Arsen Avakian, co-founder and CEO of Cooler Screens, saying, “The business model is not built on selling consumer data. The business model is built on providing intelligence to brands and to the retailers to craft a much better shopping experience.”

Avakian told the Journal that surveys indicate shoppers like the IoT coolers better than ordinary ones, but if you ask me, this project still runs a serious risk of being perceived as intrusive and creepy. Walgreens is apparently worried enough to post privacy notices and station a “concierge” nearby to answer any questions.

Not everyone wants their age and gender judged by a machine — and some folks don’t identify with binary gender choices. It’s not clear how accurate the system is, but facial recognition algorithms have well-documented issues with some populations. And just because the companies aren’t actively selling the data, that doesn’t mean there aren't privacy concerns. Worse, what if software failures lead to showing shoppers wildly inappropriate ads? That could get ugly fast.

I hate to be cynical, but here’s an idea that could help short-circuit any potential issues. If the coolers were really smart, instead of using the system to show ads, they’d be programmed to offer discounts and coupons. After all, people have repeatedly proven to be willing to put up with amazing amounts of creepy potential embarrassment for the chance to save a few bucks on groceries and sundries. Heck, for 20 percent off, I probably would, too.


Thanks to Fredric Paul (see source)
on January 28, 2019
Email ThisBlogThis!Share to TwitterShare to FacebookShare to Pinterest