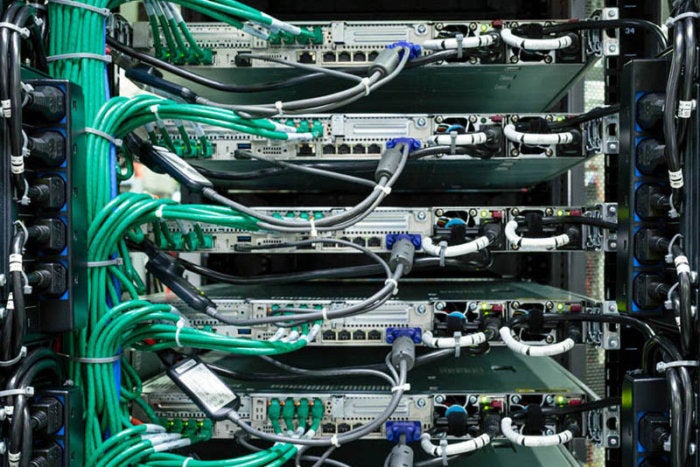 France's IDRIS supercomputing center announced it will deploy a new HPE SGI 8600 supercomputer in June that is capable of reaching 14 petaflops at peak performance, which would put the system in the top 15 of supercomputers in the world, going off the November 2018 list.

Using all-flash storage from DataDirect Networks, a HPE company, Jean Zay will offer more than 300 GB per second of read/write capacity to power faster simulations. The system will also use direct liquid cooling, yet another system joining the growing parade of systems using liquid instead of air for cooling.

SGI still has an impact

It shows SGI, despite its name all but vanishing from the landscape, is still able to have an impact. SGI was one of the early Unix vendors, specializing in desktop graphics acceleration. SGI workstations were used to create the dinosaurs of “Jurassic Park,” and for a while SGI was as big of a star as any actor.

But the company fell behind Sun Microsystems and IBM and went through a series of failed reinventions. By 2006 it was selling high-performance systems running Linux and Intel processors but adapted to its own technologies, like the NUMALink memory mesh for very high-speed transfers between systems.

In 2009, Rackable Systems bought SGI and adopted that company’s name. It struggled on for a few years before HPE bought it out for a pittance in 2016. HPE adapted NUMALink to its Superdome mission-critical servers but also kept some of the SGI products.

HPE sells the Integrity and Superdome server lines as mission-critical systems, while the SGI 8600 is primarily an AI/HPC design, with Xeon Scalable Processors, the ill-fated Xeon Phi, and Nvidia SXM GPUs all linked by HPE’s Message Passing Interface (MPI), designed to improve the performance of HPC applications in a cluster. It is a mammoth, self-contained system that is the size of a pair of refrigerators.

What the Jean Zay supercomputer will do

The Jean Zay supercomputer “will focus on research across fundamental physical sciences such as particle physics and cosmology, and biological sciences, to foster discoveries in fusion energy, space exploration and climate forecasting while also empowering applied research to optimize areas like combustion engines for automobiles and planes, pharmaceutical drugs, and solutions for natural disasters and disease pandemics,” according to a statement from HPE.


Thanks to Andy Patrizio (see source)
on January 30, 2019
Email ThisBlogThis!Share to TwitterShare to FacebookShare to Pinterest