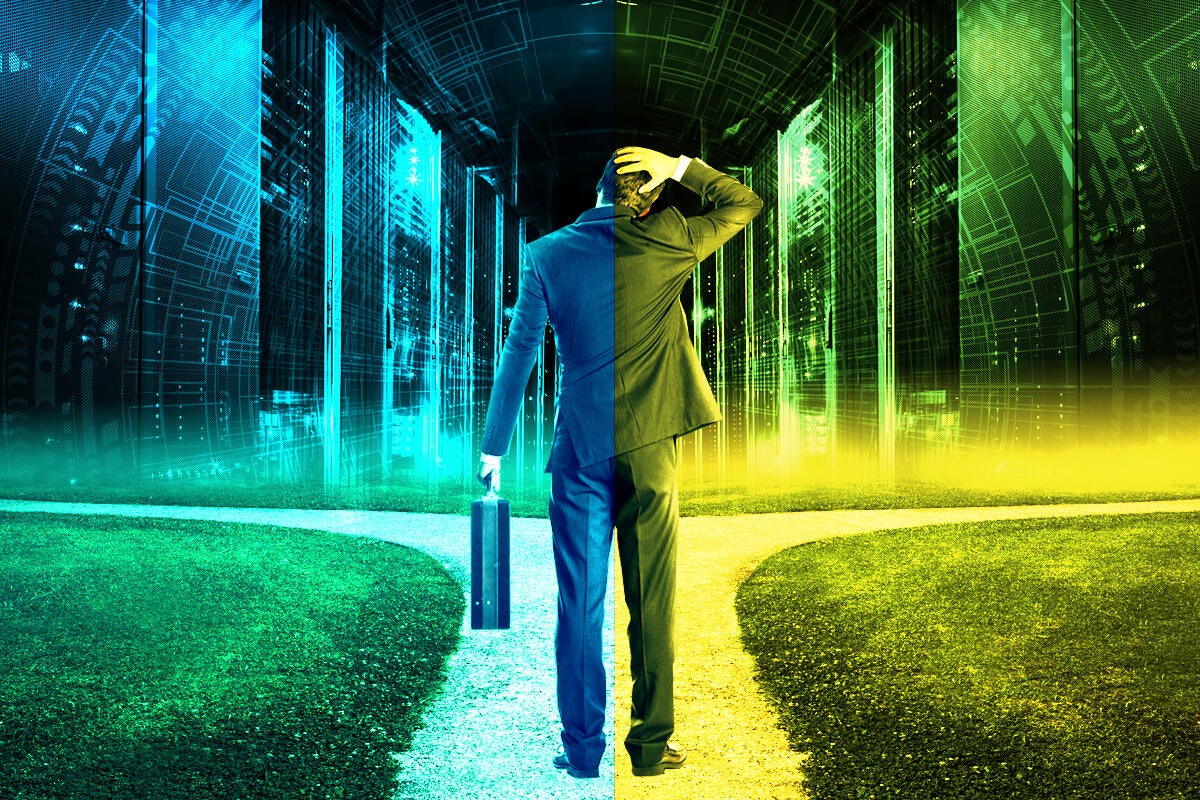 Data-center virtualization is about much more than servers these days. Everything from storage to applications to entire infrastructure stacks are being virtualized by startups seeking to push virtualization throughout the entire IT stack.

Or, to borrow from Marc Andreessen, virtualization is eating the data center.

The startups in this roundup are well-funded, with the exception of brand-new ones just out of stealth, but even those have seasoned founders and compelling products under developments. The ventures detailed here represent the future of the data center, offering everything from software-defined servers to software-defined block storage to managed hybrid-cloud services and infrastructure.

What they do: Provide multi-cloud application services

CEO: Amit Pandey, who formerly served as CEO of Zenprise, which was acquired by Citrix in 2013

Problem they solve: Every application needs application services, such as load balancing, application firewalls, and service meshes. In complex, fluid IT environments, however, delivering those services is a challenge.

This is especially true of multi-cloud environments. As enterprises mix traditional architectures with microservices in both private and public clouds, traditional application-delivery methods, such as application delivery controllers (ADC), can’t keep up.

The traditional manual approach of requisitioning, installing and configuring ADCs is a process that can take weeks, if not longer. ADCs are hard to automate, must be managed individually and they don’t scale in the cloud.

How they solve it: Avi Networks’ flagship product, Vantage, is a multi-cloud application-delivery platform. Vantage consists of three core components: a software load balancer, a web-application firewall (WAF) that relies on machine learning and automation, and what the startup calls an elastic service mesh.

The software-defined platform separates the control and data planes, unlike traditional appliance-based ADCs. The ability to dispatch services to applications wherever they live without having to worry about the underlying infrastructure gives administrators more flexibility to embrace new application technologies.

Competitors include: F5, Citrix and NGINX

Why they’re a hot startup to watch: Avi Networks is positioned in a high-growth, rapidly innovating market where it’s already carved out a sizable niche. An Avi spokesperson emailed that 20% of the Fortune 50 are Avi customers. With such named customers as Adobe, Palo Alto Networks and Swisscom, the claim sounds credible.

Avi has raised $115 million in funding from top-tier VCs, and its senior leadership team has a string of successful exits behind them, including Zenprise to Citrix for $335 million, Terracotta to Software AG (terms not disclosed), Andiamo to Cisco for $750M, and Shasta Networks to Nortel for $340 million.

Finally, if the entire data center is being eaten by software, the underlying infrastructure will need to be as flexible and elastic as the applications it must serve. The Vantage platform looks to be a big leap in that direction.

What they do: Provide software-defined distributed block storage

Problem they solve: Newer Flash media such as NVMe Flash have raised expectations on storage latency. An individual local NVMe drive can deliver performance with single-digit microsecond latency. However, sharing NVMe storage resources across a network degrades latency significantly, something that becomes an issue for web-scale data centers that must scale out their networks and serve demanding high-growth applications, such as machine learning and Big Data.

NVMesh’s distributed block layer allows unmodified applications to utilize pooled NVMe storage devices across a network at local speeds and latencies. Distributed NVMe storage resources are pooled with the ability to create arbitrary, dynamic block volumes that can be utilized by any host running the NVMesh block client.

Applications receive the throughput and input/output operations per cecond (IOPS) of a local NVMe device, while avoiding proprietary hardware lock-in.

Why they’re a hot startup to watch: Excelero is an early entrant to a fast-growing market. G2M Research predicts that by 2021 the NVMe market will expand to $60 billion. Excelero already has several massive deployments, such as the one with SciNet, Canada’s largest semiconductor facility.

The senior leadership team has a background that features successful exits to EMC, Dell and F5, and a ton of experience gained at such storage leaders as DataDirect Networks, EMC and Western Digital. Finally, Excelero has raised $35 million in funding, which should provide plenty of runway in this landgrab space.

What they do: Provide Data-as-a-Service

CEO: David Flynn, who previously founded Fusion-io and served as its CEO

Problem they solve: Data silos limit the ability to create value from data. Data consumers struggle to gain access to the data they need, so IT responds by copying data. Unfortunately, this approach creates sprawl, increasing cost and risk. As enterprises adopt hybrid clouds, this problem becomes more acute and more difficult to solve, since most IT strategies continue to manage data by managing storage.

If IT tries to manage hybrid-cloud data via storage technologies – a strategy pushed by a number of competing vendors – you end up creating more data silos, while also introducing bottlenecks that continue to restrict your ability to extract value from the data.

How they solve it: Hammerspace is focused on enabling the use of cloud services for unstructured data (File/Object), which makes up the majority of enterprise data and is growing 30 percent year-over-year.

Organizations struggle to manage and create value from the unstructured data needed to feed into analytics and AI-type workloads. Hammerspace virtualizes data, separating data from metadata while working through standard protocols like NFS, SMB and S3.

Once virtualized, machine learning optimizes the flow of data across hybrid clouds to balance cost and performance. Hammerspace provides a global namespace that is available across multi-cloud environments, giving data consumers the ability to run their workloads anywhere.

Hammerspace allows data operations teams to leverage metadata, self-servicing their hybrid cloud data management to increase their agility, while reducing risk and cost for IT by eliminating manual tasks like copying, load-balancing and downtime remediation.

Customers include: This startup just launched in 2018 and has yet to name any customers.

Why they’re a hot startup to watch: Hammerspace has yet to raise VC funding and name customers, but founder and CEO David Flynn


Thanks to Jeff Vance (see source)
on December 12, 2018
Email ThisBlogThis!Share to TwitterShare to FacebookShare to Pinterest