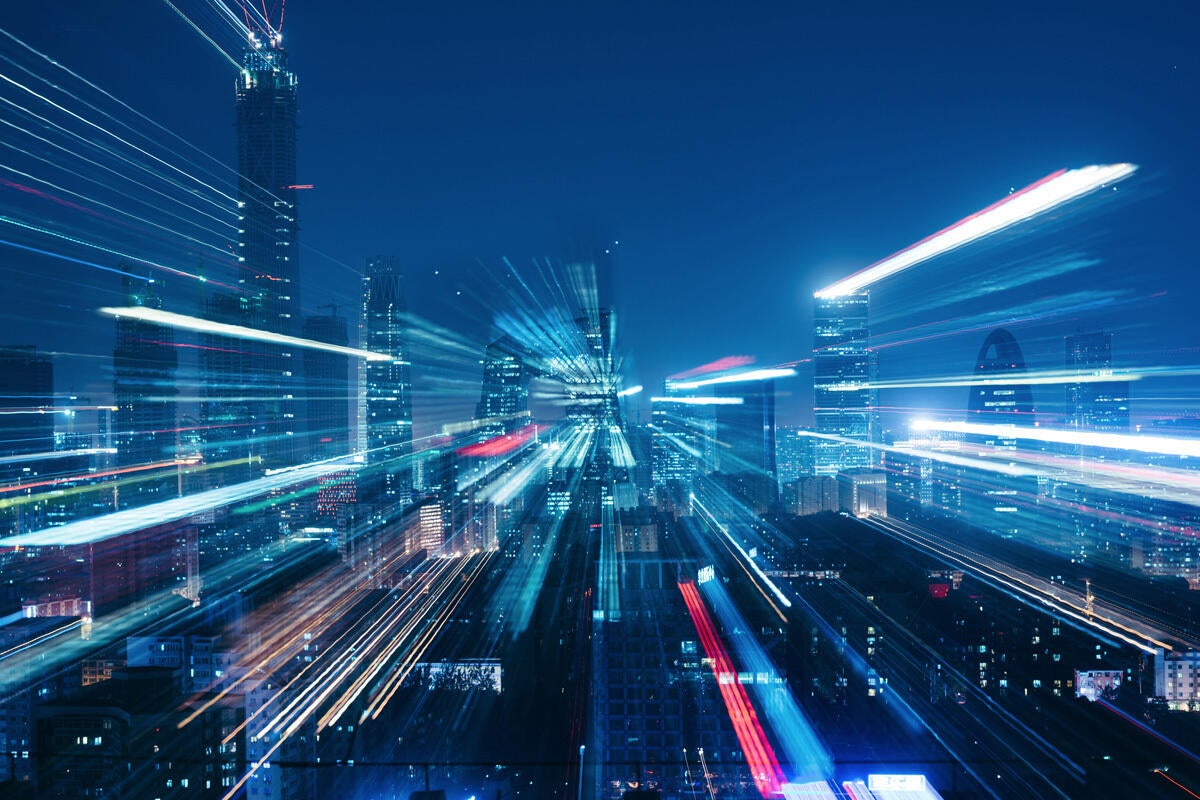 Software, software and more software.  That seems to be the mantra for Cisco in 2019 as the company pushes software-defined WANs, cloud partnerships, improved application programs and its over-arching drive to sell more subscription-based software licenses.

As the year closed on Cisco’s first quarter 2019 financials the company was indeed touting its software growth saying subscriptions were 57% of total software revenue, up five points year-over-year, and its application software businesses was up 18 percent to $1.42 billion. The company also said its security business, which is mostly software,  rose 11 percent year-over-year to $651 million.

And that’s not to mention the company’s total  product revenue was up 9% to $9.9 billion which included a 9 percent growth in its switching and router business to $7.64 billion.

Not a bad way to start a year.

So where does Cisco go in 2019? A good place to look is the all-consuming cloud arena.

“I think that what we're beginning to see ... is that while the cloud four or five years ago was viewed as an existential threat to our business, I fundamentally believe that the cloud and the transition to the cloud that our customers are undergoing is actually driving our growth now,” Cisco CEO Chuck Robbins said at the company’s Q1 financial teleconference in November.

Indeed Cisco made a ton of cloud moves in 2018 including an agreement with Amazon Web Services that will offer enterprise customers an integrated platform that promises to help them more simply build, secure, and connect Kubernetes clusters across private data centers and the AWS cloud.  The joint Google and Cisco Kubernetes platform for enterprise customers also moved along in 2018.

There were other cloud moves for its own products such as AppDynamics for Kubernetes which Cisco said will reduce the time it takes to identify and troubleshoot performance issues across Kubernetes clusters.  And the company announced its CloudCenter suite will become a key element of the open, hybrid-cloud offering being developed by Cisco and Google and that is expected later this year.

It’s fair to say the company will continue to build on that strategy in a big way in 2019.

“Cisco will be thinking more along the lines of the deal with AWS," said Tom Nolle, president of CIMI Research. "They need to have a hybrid-cloud strategy and to avoid being a cloud provider themselves or they'll piss off their potential customers,” said Tom Nolle, president of CIMI Research.  “Hybrid cloud means two things: a cloud partnership with the leading providers and a strong enterprise data-center strategy.  Cisco really wants the latter anyway, so I'd look for something more detailed and useful in the private-cloud space.”

Cisco Cloud strategy is focusing more on tight software integration said Sameh Boujelbene, senior director at Dell'Oro. “In general Cisco is trying to dominate, control and increase its stickiness in the [on premises] market from a software perspective, rather than the traditional hardware dominance.”

Cisco could make a key acquisition in the cloud arena, according to Brad Casemore, IDC's research vice president, data-center networks,  “Cisco CEO Chuck Robbins talked about Istio secure, connect and monitor microservices in a day-one keynote at Cisco Live earlier this year, but Cisco lacks many components that could provide added value in the decoupled Istio control and data planes. In many ways, service meshes represent the disaggregation of ADC [application delivery controller]-like functionality into composable and modular software-defined application services for L7 networking and security,” Casemore said.

“I believe Cisco sees the service mesh and Istio as a new opportunity to provide cloud-native networking for containers and microservices. I would not be at all surprised to see Cisco make an acquisition in this space in 2019.”

The next big 2019 focus area for Cisco will most certainly be SD-WAN.

Central to its strategy is the continued integration and utilization of the SD-WAN technology it acquired in 2017 when it bought Viptela for $610 million.   The most widely expected news of 2019 will be the full integration of Viptela technology in Cisco’s DNA Center where customers could take advantage of automation capabilities, assurance setting, fabric provisioning and policy-based SD-WAN segmentation from a single location. Last July Cisco said such integration is in the works but over a year out. That could put the announcement of that integration as early as late July.

Adding security features to SD-WAN offerings will be a focus next year as well, experts say.

Most recently Cisco fused its SD-WAN package with support for its Umbrella security system. Umbrella blocks access to malicious destinations before a connection is ever established, and it is backed by the threat intelligence of Cisco Talos,” Cisco said.  Advanced security is now integrated into Cisco SD-WAN devices and can be managed through a single pane of glass, greatly simplifying the management and control of the SD-WAN and cloud edge.

Cisco brought the SD-WAN technology to the forefront this year by adding Viptela SD-WAN technology to the IOS XE software that runs its core ISR/ASR routers. Over a million ISR/ASR edge routers, such as the ISR models 1000, 4000 and ASR 5000 are in use by organizations worldwide.  The release of SD-WAN/Cisco IOS XE provides an instant upgrade path for creating cloud-controlled SD-WAN fabrics to connect distributed offices, people, devices and applications operating on the installed base, the company said.

When Cisco released the first ISR routers with integrated Viptela technology in August, they sent an important message to their customers: SD-WAN is not only available for new deployments, but also for upgrades of the installed base of routers running the IOS XE operating system., said Shin Umeda, a vice president with researchers at the Dell'Oro Group.

“An early indicator that customers are hearing this message was the sharp increase in unit shipments during the most recent calendar quarter. ISR unit shipments, led in part by the new ISR 1000 Series, were the highest since 2008.  The ISR 1000 Series was designed with SD-WAN in mind and can serve many branch office use cases,” Umeda said.

“To be clear, it is likely that only a small percentage of the units shipped with SD-WAN enabled, but the potential upgrade to SD-WAN capabilities with a software license provides customers with a future-proof purchase.  Like most new enterprise-class technologies, SD-WAN will require testing and trials before field deployments. Cisco is still in the early days of their SD-WAN offering, but recent security enhancements and broader support across the ISR series show that they are investing heavily in this technology.”

CIMI’s Nolle, however, thinks that in 2019 Cisco needs to morph its Viptela technology into more of a cloud-based Network-as-a-Service offering.  “Viptela is a very limited SD-WAN offering, one that really doesn't address the NaaS bend the [SD-WAN] market will be taking,” Nolle said. “They need to get Viptela into a NaaS-modeled approach before they do anything else or they risk it being of no use.”

Continuing to bolster its overall security suite is another area that will see a push in 2019. One of the biggest additions Cisco customers are likely to notice is the integration of technology from the recent acquisition of Duo Security, which promises to bring cloud-based identity services for unified access security and multifactor authentication, Cisco says.

CEO Robbins hinted at Duo’s importance in the recent financial teleconference saying: “Duo solutions play an important role on extending our intent-based architecture in a multi-cloud environment simplifying policy for cloud security and expanding endpoint visibility coverage. The integration of Cisco's network, device and cloud security platforms with Duo's zero-trust authentication and access products is designed to allow us to easily and securely connect users to any application on any network device.”

Cisco has made recent acquisitions such as Duo which directly seeks to remedy a number of security challenges added Casey Quillin, Director, Network Security & Data Center Appliance and Storage Area Network Market Research at Dell’Oro.  “Duo provides an easy-to-use unified-access and multifactor-authentication and credential security.  This fits into multiple Cisco security products.  So, new products around this acquisition, as well as implementation of Duo capabilities into existing product classes is likely. Duo also provides functionality relevant – along with [Cisco security packages] Umbrella and Stealthwatch – cloud-to-cloud/multicloud security, so I expect we see more innovation there.”

DDoS is also a security area that is likely to continue to see focus into 2019, Quillin said. “While Cisco has a partnership model, with Radware in this case, products that incorporate partner technologies into a Cisco platform to reduce network equipment are likely to increase,” Quillin said.

Experts say Cisco will likely continue to expand its security portfolio with both in-house and acquisition-based technology in 2019.

“I think we can expect additional security acquisitions, particular in areas that bolster Cisco’s ability to use the network to detect and prevent vulnerabilities and threats through advanced anomaly detection,” said IDC’s Casemore.  “Security remains a key priority for all enterprises as the challenge of hybrid IT and multicloud expands the threat landscape.”

There was a lot of noise in the 400G Ethernet world this year and many observers think 2019 will feature a lot more.  For its part Cisco said it would bring high-speed Ethernet to the data center with four new switches – two boxes in the Nexus 9000 family aimed at large-enterprise network customers and two in the 3400-S class targeted at high-bandwidth, hyperscale users.

Cisco joined  Juniper, which made a wide-ranging commitment to the technology, and Arista which added switches capable of supporting 400G speeds – all aimed at hyperscale cloud and data-center networks.

"The 400G timeline will be driven mostly by when the optics for the technology are available in scale and cost," said Dell’Oro’s Boujelbene, “We see a small ramp up in 2019 – though I would also expect to hear a lot more from Cisco, Arista and Juniper next year – but then 400G ports will more than triple in the 2020 timeframe."

IDC’s Casemore put the 400G rollout a step further saying, “I don’t see 400-GbE switching for the campus core happening in 2019 or for the foreseeable future. Cisco already has announced 400-GbE leaf and spine switches for the data center, but I anticipate enterprise adoption of 400-GbE spine/core switching in the data center to be negligible next year. The hyperscalers are the principal drivers of near-term demand for 400-GbE switching.”

Finally, one of Cisco’s biggest trends for 2019 will be a continuation of its drive to make many key components of its arsenal available as a subscription.

“Cisco has been transitioning to a software and subscription-based revenue model, and this will continue and accelerate into 2019, especially for security products.  In general, I expect Cisco to focus on products and services that secure next-generation workloads – Cloud, SDWAN, IoT – as well visibility and control,” Dell’Oro’s Quillin said.

“I think we can expect Cisco to extend and refine its subscription-based licensing across the broad Cisco product portfolio,” IDC’s Casemore added.

Others aren’t so convinced Cisco can really make good on this strategy.  “That's their big challenge, because the more they try to license basic Cisco software from devices, the more pressure they generate to open their hardware to other software options,” Nolle said.  “I think they'll do a lot of huffing and puffing but not make many fundamental changes.”


Thanks to Michael Cooney (see source)
on November 27, 2018
Email ThisBlogThis!Share to TwitterShare to FacebookShare to Pinterest