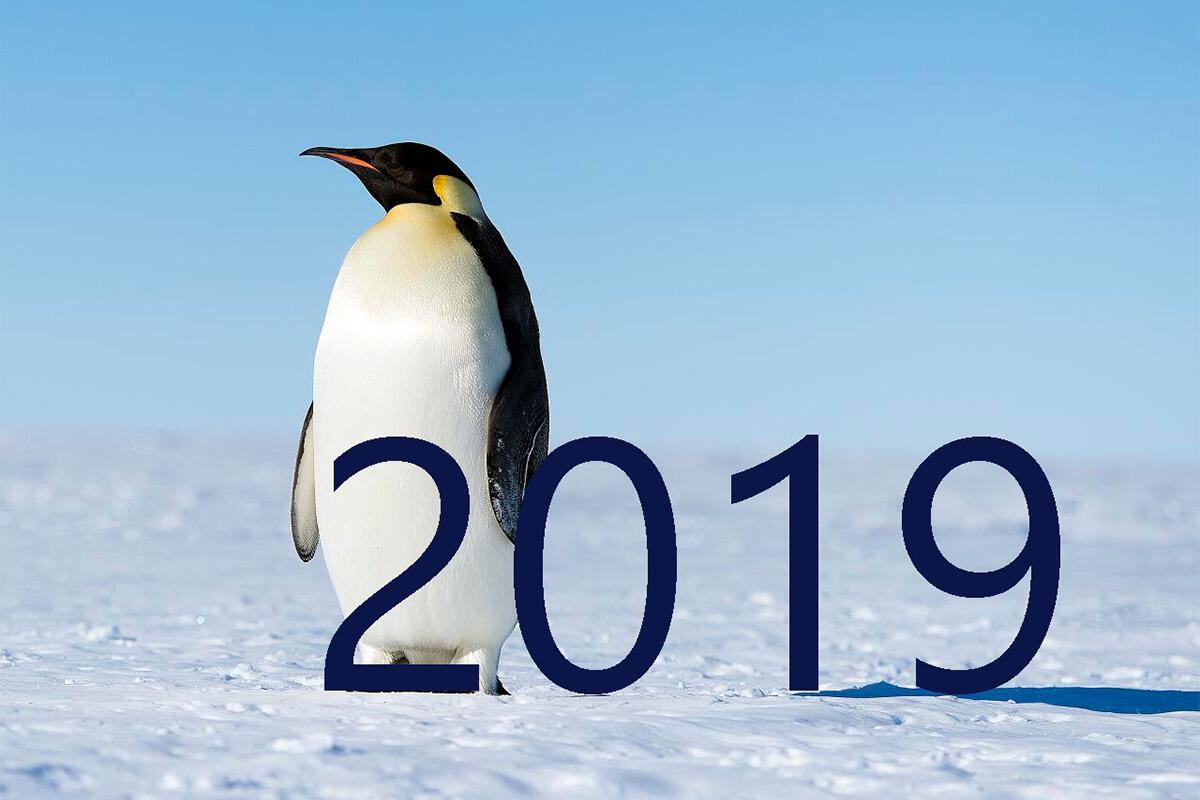 2019 just might be the Year of Linux -- the year in which Linux is fully recognized as the powerhouse it has become. With Linux playing key roles in IoT, cloud technology, supercomputing and artificial intelligence (AI), and with a plethora of conferences and new releases on the horizon, Linux is poised to have a very exciting 2019. Let’s examine some of what we can expect to see.

Linux behind the scenes

The fact is that most people today are using Linux without ever knowing it –- whether on their phones, online when using Google, Facebook, Twitter, GPS devices, and maybe even in their cars, or when using cloud storage for personal or business use. While the presence of Linux on all of these systems may go largely unnoticed by consumers, the role that Linux plays in this market is a sign of how critical it has become.

Most IoT and embedded devices -- those small, limited functionality devices that require good security and a small footprint and fill so many niches in our technology-driven lives -- are running some variety of Linux and this isn't likely to change. Instead, we'll just be seeing more devices and a continued reliance on open source to drive them.

According to CIF, for the first time, businesses are spending more on cloud than on internal infrastructure. The cloud is taking over the role that data centers used to play and it's largely Linux that's making the transition so advantageous. Even on Microsoft's Azure, the most popular operating system is Linux. In its first Voice of the Enterprise (VotE) survey, 451 Research predicted that 60% of nearly 1,000 IT leaders surveyed plan to run the majority of their IT off-premises by 2019. That equates to a lot of IT efforts relying on Linux.

Gartner states that 80% of internally-developed software is now either cloud-enabled or cloud-native. Cloud-native software is specifically built to run on the cloud, thereby delivering the high availability and improved performance that is required as the competitive pressure builds. The Linux Foundation is a key collaborator in the cloud native community.

Simon Evans, CTO of Amido, adds: “What’s fascinating right now is the pace at which open source projects, from the likes of Google and Apache, are being embraced as managed offerings by all the big cloud vendors. These proven and open technologies are rapidly replacing the pioneering first movers in the cloud; projects like Kubernetes, Apache Kafka and Apache Spark are regularly available 'as a service' on the big cloud providers, and this is without doubt a good thing for the world. This convergence is the key to avoiding vendor lock-in while still enabling a business to focus on their digital USP. It is the enabler for a multi-cloud strategy.”

The formation of "data lakes"

The emergence of "data lakes" -- large collections of data largely in a raw format without transformation or loss -- is changing the way we analyze and solve problems. Data lakes give us a way to deal with an ever-increasing amount of unstructured data, critical in the big data views we're going to be tackling in 2019. They will become an enterprise-wide data access strategy for many organizations and you can bet your snorkels that Linux will be swimming in these lakes.

In 2019, Sierra will be assuming its role as the newest and second-fastest supercomputer and one that will play an important role in ensuring the safety, security, and effectiveness of the U.S.'s nuclear stockpile.

AI will revolutionize business models in 2019. According to Amido CTO Simon Evans, 2019 is the year that AI will go mainstream riding on the power of today's cloud. He describes "AI-driven businesses" with a vision of a trend that is set to grow in 2019 and beyond. Given the role that Linux is playing on supercomputers and data lakes, it's likely to be in the driver's seat in major efforts in the AI field as well.

Linux releases will continue to provide important new features and to improve  performance and security. Some of the releases anticipated for 2019 include:

The chilled-out Linus Torvalds is suggesting that we'll be seeing the 5.0 kernel in 2019. We'll have to wait to see whether the changes will qualify as major. 4.20 is ready for testing now.

The number and variety of Linux conferences is overwhelming and this list isn't necessarily complete. Conferences are lining up around the globe and focusing on everything from Linux "plumbing" to the cloud and from kernel maintenance to cars. Here's what I've noticed so far (in date order):

The variety of these conferences -- both in terms of location and focus -- has much to say about the importance on Linux around the globe. I can't look over this list without sitting back in my chair and saying "Wow!". There's a lot going on in Linux Land!

In its domination of IoT, cloud technology, supercomputing and AI, Linux is heading into 2019 with a lot of momentum. From the perspective of the smallest of gadgets to those of the most powerful supercomputers, Linux will in 2019 be more important than ever.


Thanks to Sandra Henry-Stocker (see source)
on November 29, 2018
Email ThisBlogThis!Share to TwitterShare to FacebookShare to Pinterest